we are actually pretty productive which doesnt seem like that if you realize the last thing we did to this blog is in march.
anyways summer is over we released a bunch of new records and are still working on our website..(making a website is pretty boring and time consuming). we wont release anything for a while since we wanna collect some moneyz and do a record on our own..we allready know what record but we wont tell yet, its gonna be great though...obviously!

okay so in our extreme long absence we released the SICKMARK 7"..extremely good P-violence from Bielefeld, good stuff! also our long awaiting release from our friends of LANDVERRAAD came out. the LANDVERRAAD/MONDAY SUICIDE SPLIT LP and last but not least we released a shitload of copies for LEECHFEAST&MARNOST 7"...check out the links under this post :) 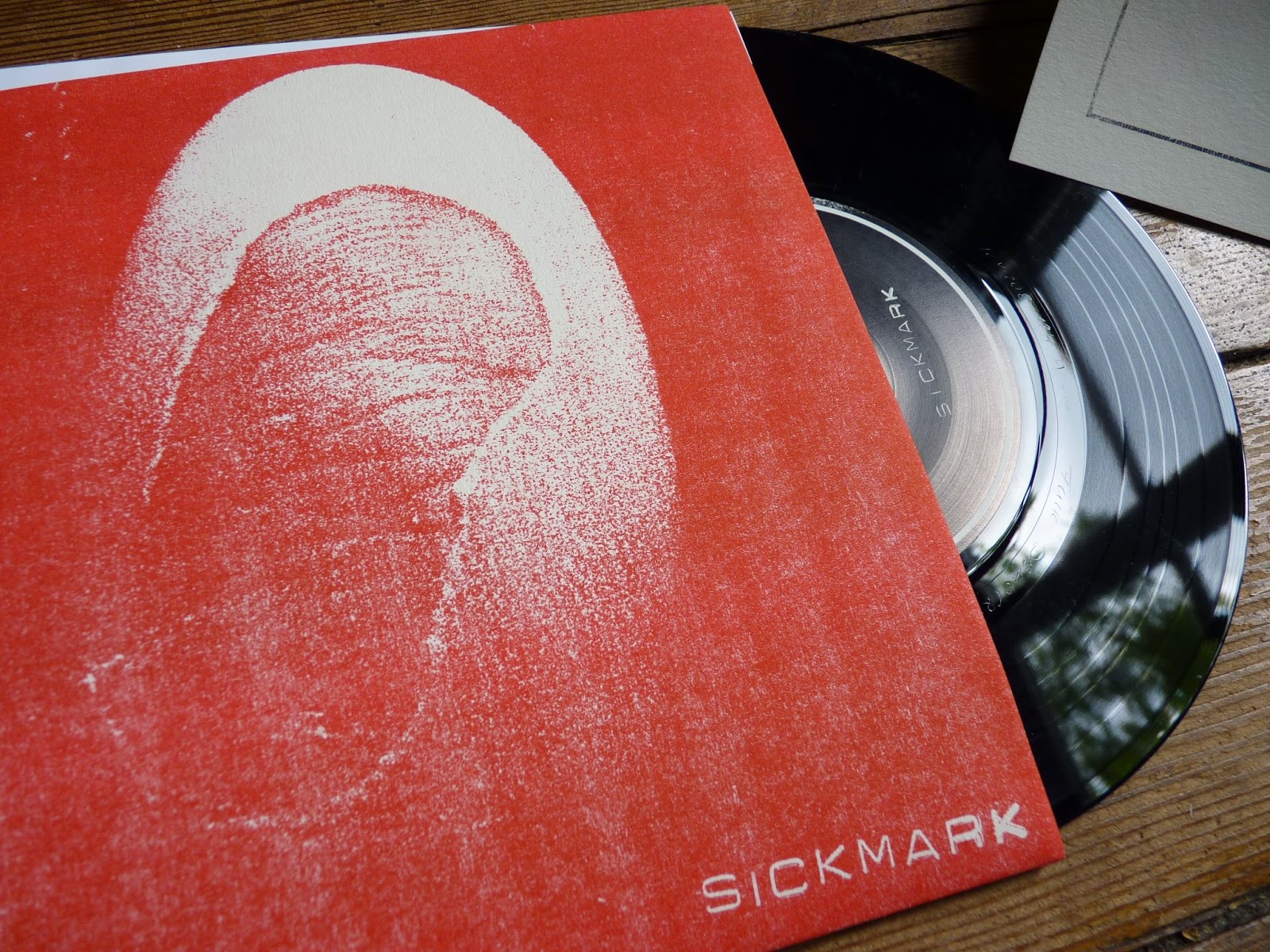 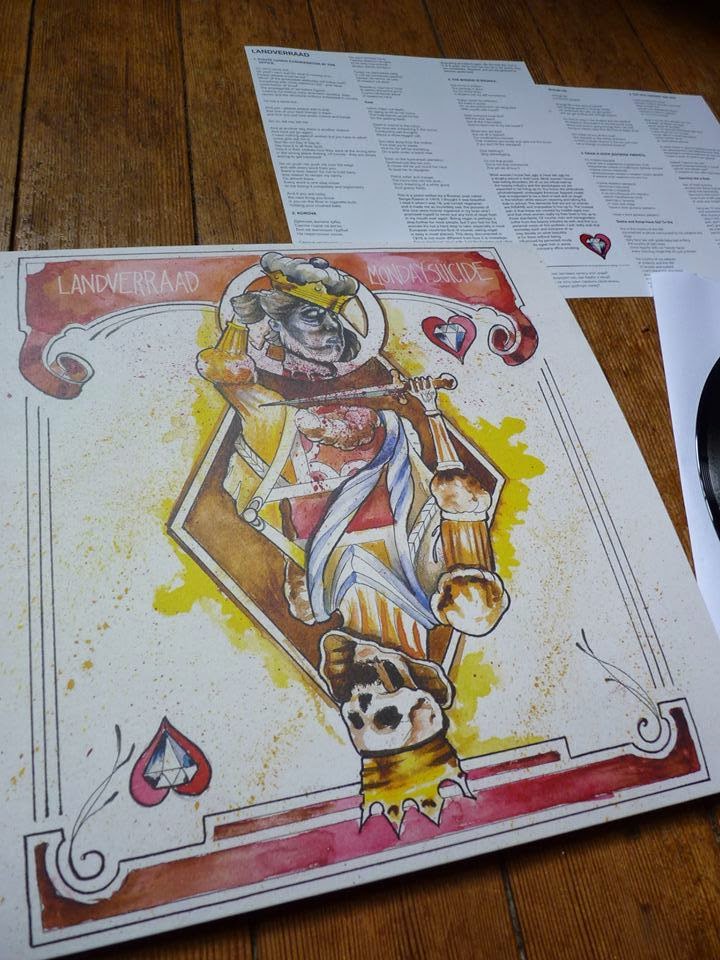 okay some other interesting shit...our distro will be on tour trough the south of fortress europe with Landverraad..check dates here.
We will have loads and loads of new records and we are always up for trades or other cool ideas (others than trades?yes)

okay thank you so much for reading this bullshit and see you in da pitt..

heres also a photo of the two people running the label in their underwear in an appartment in Berlin! 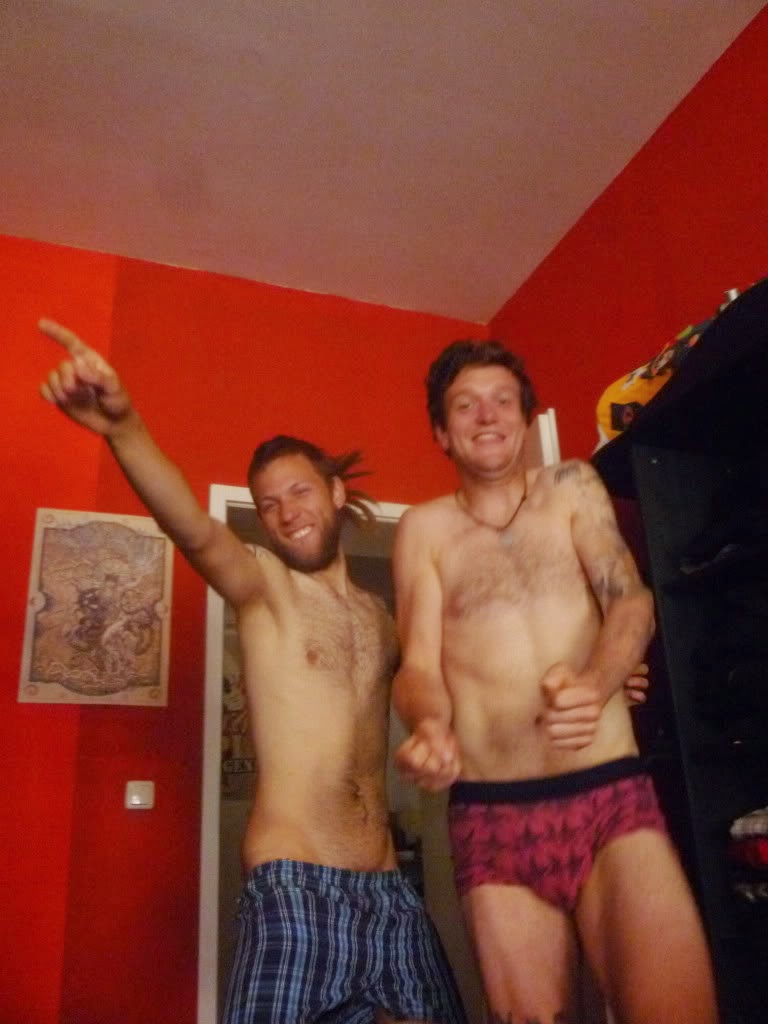 much love the RoG crew!

We are almost done finsihing up our website plus webstore. updating a webstore is a shitton of work actually!

Also..We have alot of releases coming up in 2014 allready. we are waiting for the Grinding Halt/Pine Barrens split 7inch which is gonna be a great split for sure. than our 10th release is coming up and that gonna be a special one indeed..The  Landverraad/Monday Suicide split LP, its a great thing that we can be part of this and help our friends out. After that we are finishing up the next release. Sick Mark from Bielefeld! A great new band from Bielefeld and we are gonna contribute to their debut 7 inch! and than to top it off we will release the Marnost/Leechfeast split ...So many records! its great!...Please get in touch, we like getting email :)

ALSO FROM NOW ON WE USE THIS EMAIL
info@ropeorguillotine.net 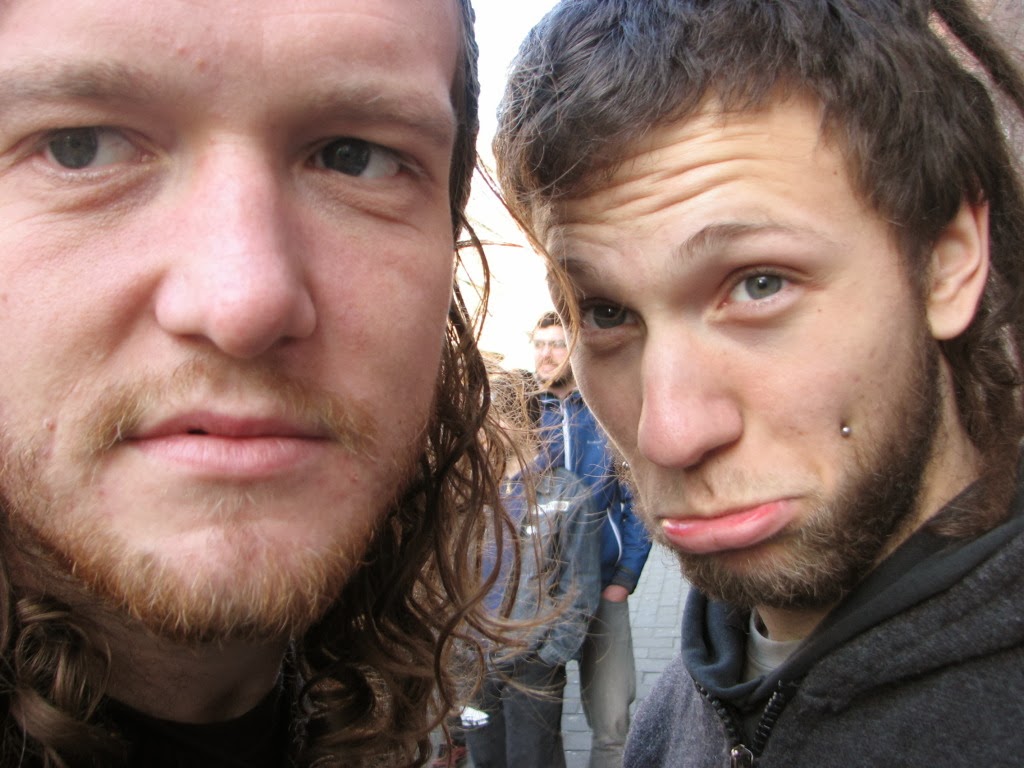 Its been a super long time but i guess not alot of stuff happends in these cold months right?

We are still busy making our own website so we can get rid of our shitty blog and we can earn more and more money buy selling more and more records online so we are not dependend on touring...we do like touring though.
Talking about touring me and Bolic have a new band called CREVASSE (also with two other people) which should do lots of touring and other actvities that DIY bands do or used to do...also we are in the process of releasing a 12 inch on Contrazst records from Köln...

For 2014 we are almost the purd owners of the GRINDING HALT / PINE BARRENS split 7 inch and we are planning to release the debut 7inch of Sick Mark from Bielefeld...(if you wanna listen to music of these bands scroll down) 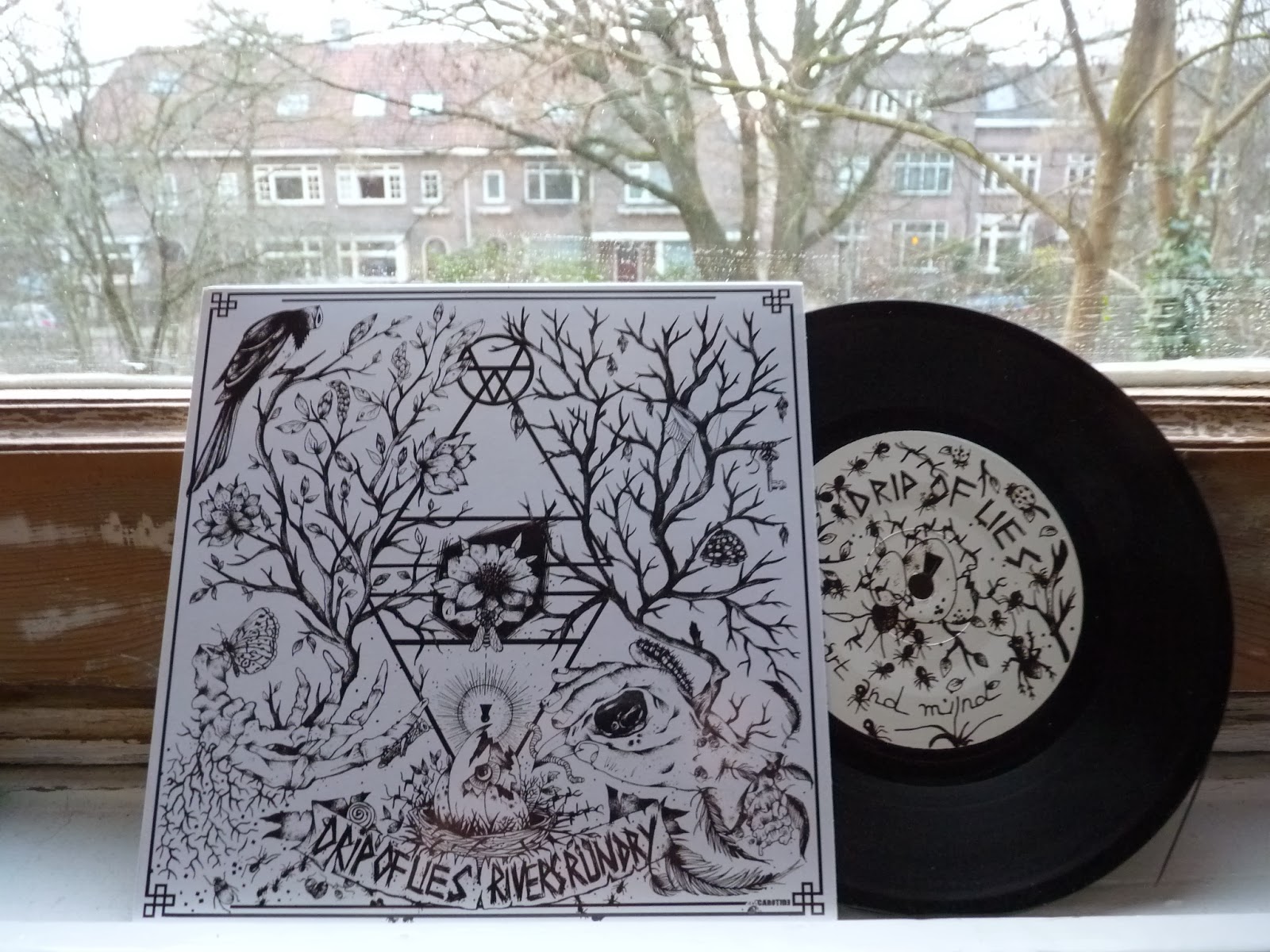 Okay have a nice weekend and keep it real!

We got 170 seven inches we need to get rid off..its a great 7 inch with two bands that are really close to us and mean alot to us.
we are super happy we  could release this record together with the bands and our friends Philipp and Joe of Contraszt and Root of Evil. 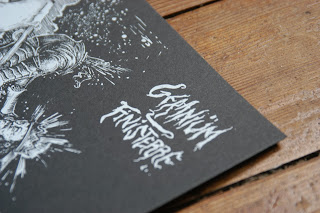 Bolic is gonna be on tour with Landverraad for the next 3 weeks and takes our highly upgraded distro (thanks philipp!) with him..get this nice 7 inch from him or email me if you feel like trading..in a couple of weeks we also have the Rainmaker - Alienation record in our possesion :)

Landverraad just recorded a couple of songs for their 12 inch split with Monday Suicide...obviously we help our friends with releasing this great record in the making..also we our emailing alot for the release of the Rivers run dry / Drip of lies 7 inch....so great stuff coming up and we are really excited!

Also we are thinking of making a website with webstore..since we dont have any clue about making a website and all that(thats why we have a blogspot in the first place) ... we are looking for someone to help us. you feel like helping..let us know.

Okay thanks again for reading all this stuff..

me and Bolic are super happy we will have the Finisterre/Geranium split next weekend. Friday the last covers will be printed and we try to pick them up from Köln this weekend!
so if you want to have one or trade a bunch..let us know! 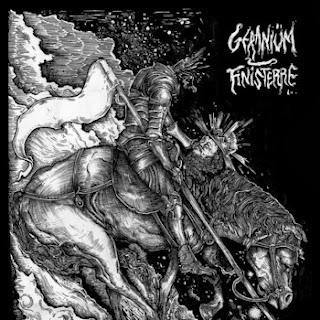 heres some links for the bands so you can actually give it a listen!
the cover is handprinted by pressure and ink and its a co-release with us, contrazst and root of evil!
finisterre.bandcamp.com
thebandnottheplant.bandcamp.com

than other news, the rainmaker LP is at the pressing plant at the moment..this should be out before rainmaker is doing a 2 week tour next october/november...fingers crossed.
the artwork is done by our friend Julian, everyone is super duper happy about..
So support rainmaker on their tour and try sending us some nice emails.
rainmakerband.bandcamp.com 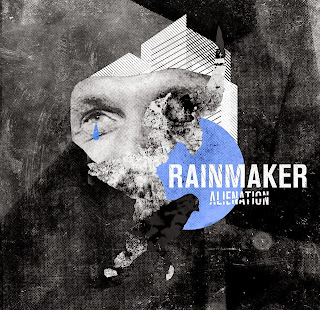 other plans that are in the making are still the rivers run dry/drip of lies split 7inch...and we will do the landverraad/monday suicide mos def anytime soon!

I really like these times when everyone is getting back from holidays, people see eachtother again after weeks of not seeing eachother, bandpractice starts again, cleaning up our social centre after summerbreak, looking for ways to get some money...its fun, its also a weird way to realize we need to go back to some sort of daily/social cyclus...even us, you know.
on the positive side, the sun is still shining and im unemployed.

Our distros have been all over Europe with the Landverraad Russia tour and the Crows an Wra/Rainmaker tour the last months...thanks to all of you for showing interest in either me or Bolic...as we could see from the amount of records we sold theres more interest in Bolic than in me.
Anyways we havent seen eachother in a while and i guess we are gonna do a big  update soon, since we have alot of new records and new records coming up.
We got two releases coming up where we are really excited about.

Finisterre/Geranium split 7 inch
Finisterre and us are going waaaaaaay back so we are really happy to do this together with them.
Finisterre makes Dbeat which goes more and more into the direction of hardcore but still they remind me again and again of bands like Tragedy, the thing with them is they really have something to say and have nice and positive atmosphere..plus they have been active for years and keep on going.
Geranium is from  the strassbourg area and they make crust like ekkaia...again super nice and posi people that make music for years without becoming some pretentious bullshit band...
finisterre.bandcamp.com
thebandnottheplant.bandcamp.com

this is gonna be released with friends by friends
root of evil from Cleveland/Pittsburgh.
contraszt from Köln

Rainmaker - Alienation 12 "
Rainmaker is from Aslöv, close to Malmo..
They are an extremely creative band that makes screamo, listening to them makes me think of older Envy, La Dispute and Daitro..again a great message with an extremely passionate singer..
i had the privilige to tour with them and this band deserves everyones attention.
rainmakerband.bandcamp.com 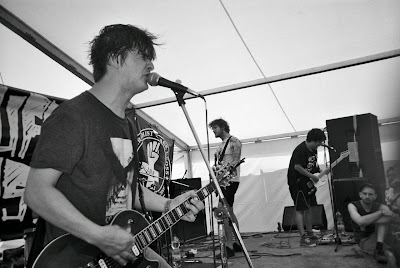 okay keep checking this blogspot..thanks for all the nice talks and social activities this summer..lets try to hang out  the rest of the year aswell.
bye!
Bolic&Erik

p.s.
also i would like to add i need a new desktop computer to continue my virtual activities...help me out

Finally!...Remek/Paperplanecrash split is finally here..in my house that is :)
i had it for a while actually but the covers where screenprinted in Slovenia and that took forever...anyways it looks amazing and is a great record from two of my favourite bands around...Comes with a super nice DIY booklet with stories on Poltitcal situations, feelings from people involved. anyways lets trade or let me know if you want one.
Other news, my friend Bolic joined RorG...Bolic moved to Nijmegen from Slovenia last October and we really like eachother and like the same bands and hate the same bands so we decided to do stuff together. 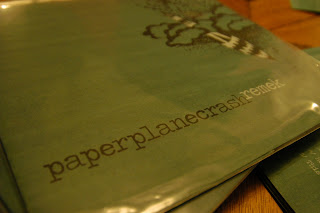 Thanks have a good night!

Rope or guillotine is a punk/hardcore label from holland.

While playing in bands and touring europe i fell in love with the DIY network and culture, since than i met so many great bands, people and collectives i wanna contribute more and more to this network.

I wanna help and release great bands and friends with good music, great ideas on artwork, intelligent lyrics and nice people.
I can also help you book your tours and im setting up shows. 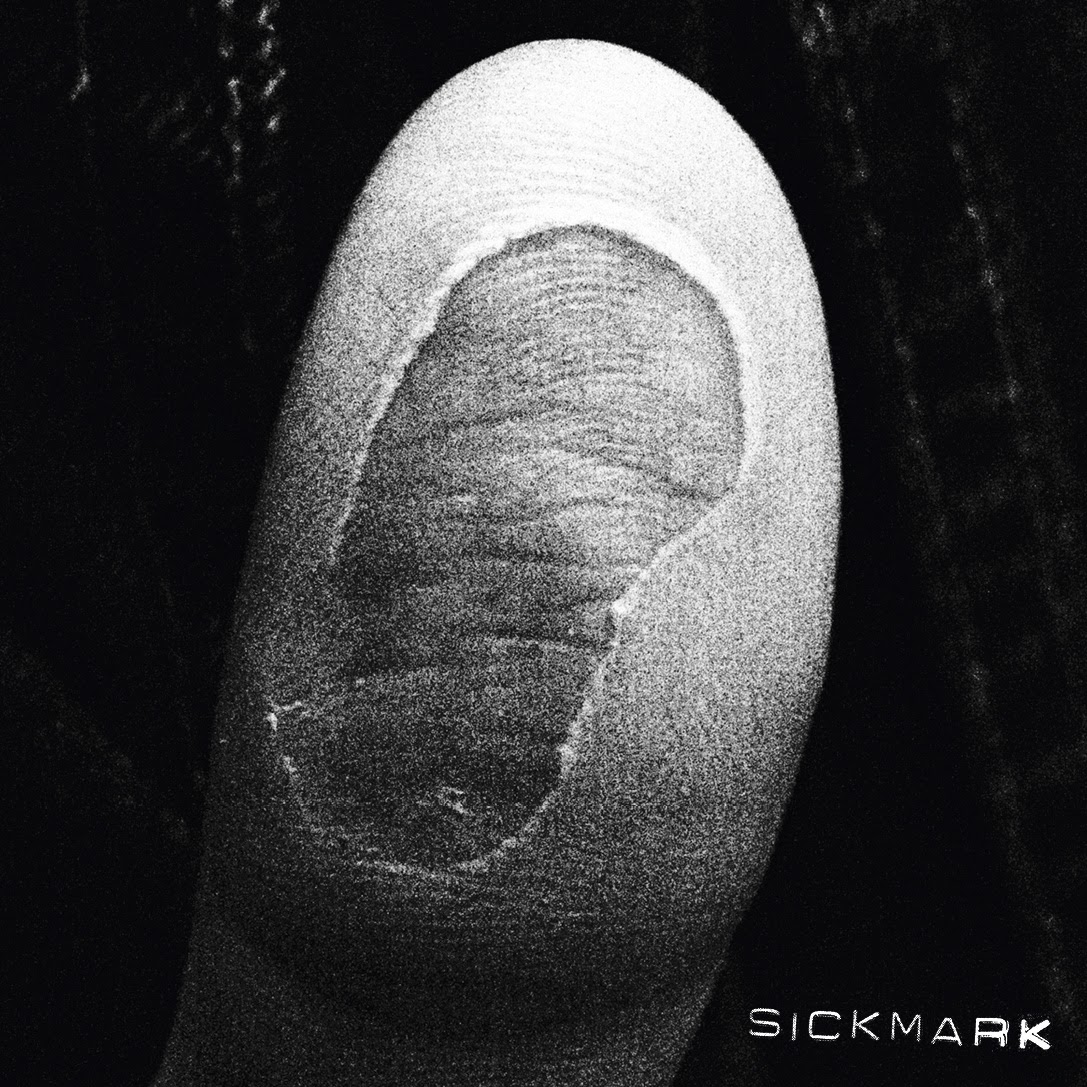 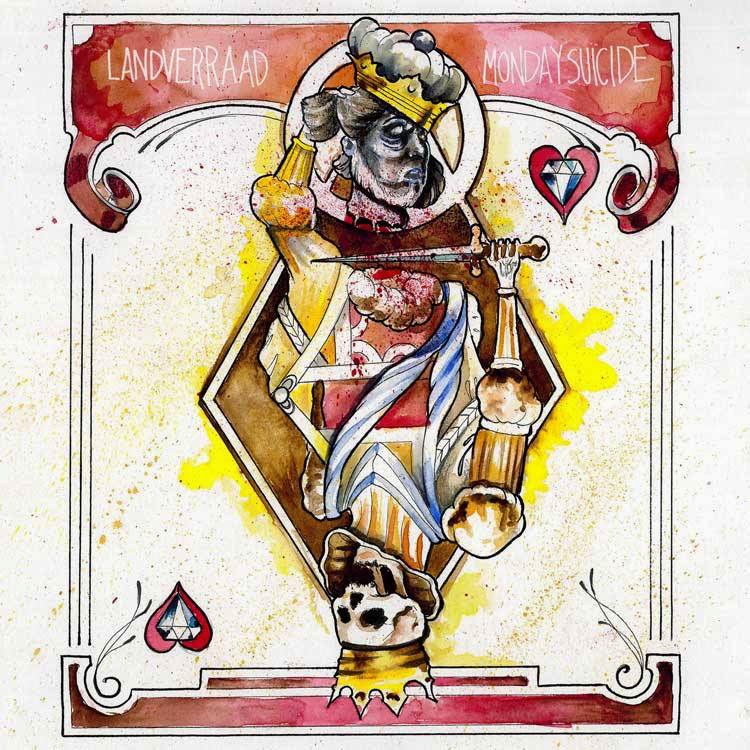 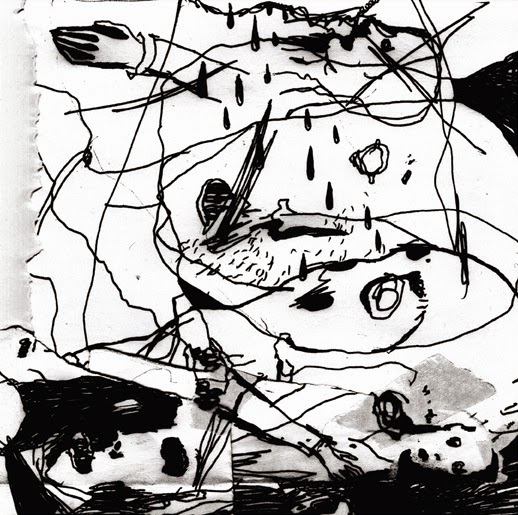 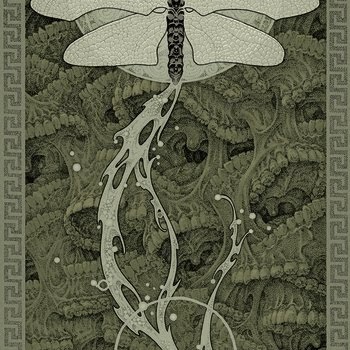 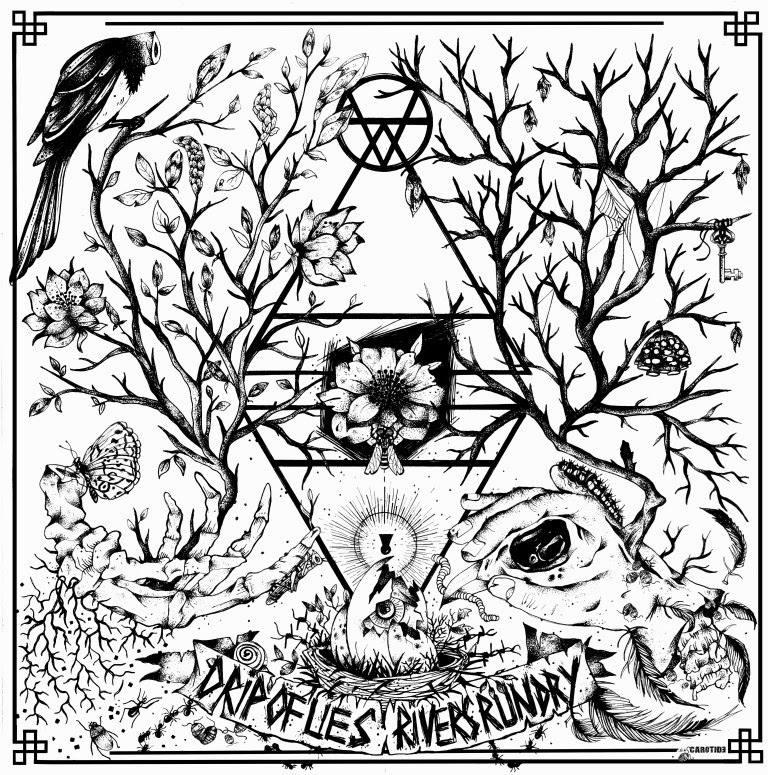 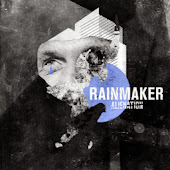 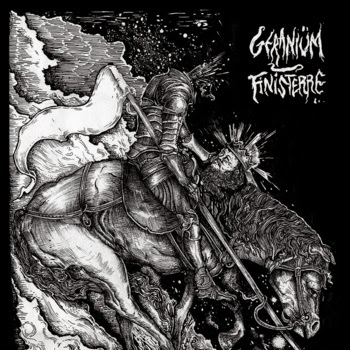 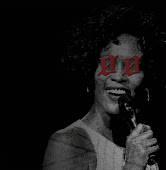 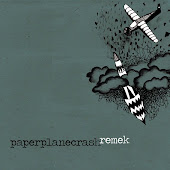 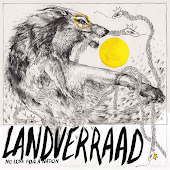 Landverraad - No Love For A Nation RoG003 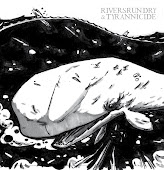 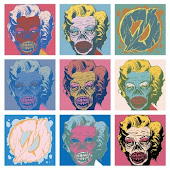